BB, a 21-month-old giraffe at Cheyenne Mountain Zoo, will soon be cruising up I-25 to meet her new playmate, 5-year-old Dobby, and his mom, Kipele, at Denver Zoo! Although BB’s exact moving date will not be shared, guests can see her at CMZoo through the Fourth of July holiday weekend. 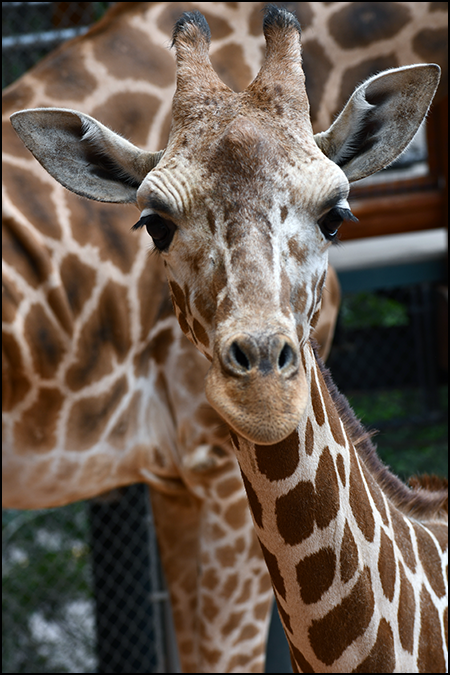 The move is in support of the Giraffe Species Survival Plan (SSP). SSPs are managed by the Association of Zoos and Aquariums (AZA). They match individual animals throughout AZA-accredited organizations for breeding. The goal is to create the most genetically diverse assurance population of animal ambassadors possible in human care. Zoos accredited by the AZA, including CMZoo and Denver Zoo, regularly participate in animal moves like this for the greater good of the species in our collective care. Although BB won’t immediately participate in the SSP breeding recommendation, this move is a step in that direction. BB’s genetics are valuable to the future diversity of giraffe in human care.

Many people remember BB’s birth at CMZoo in September 2020 to first-time giraffe mom, Bailey. Before the calf received an official name, keepers nicknamed her “BB,” short for “Bailey’s Baby,” and the nickname stuck. Giraffe fans all over the world tuned into her live birth.

Since BB’s personality started to shine, around six months old, keepers have described her as brave and curious. These days, BB is known for pushing through CMZoo’s 16 other, much larger, giraffe to get the best spot for a lettuce snack. Although Denver Zoo plans to give BB quiet time to adjust to her new home, if she shows them she needs it, her care team is confident she’ll adjust to her new life with Dobby and Kipele in no time.

Nearly two years old may seem young to move a giraffe to a new herd, but CMZoo’s and the SSP’s many years of experience have proven that moving smaller giraffe who are no longer dependent on their mothers is ideal. BB has been independent of her mother, Bailey, for a long time.

“We always miss our animals when they move on, but we’re excited to know that BB will be just up the interstate getting excellent care from the team at Denver Zoo,” said Jason Bredahl, African Rift Valley animal care manager. “We know their team well, and have worked with them many times before. They’re committed to the best possible welfare for their animals.” 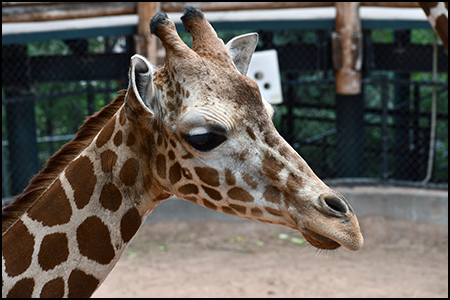 Dobby, who will be one of BB’s new herd mates, was born at Denver Zoo prematurely, weighing just 73 pounds, in February 2017. Dobby struggled in his first few weeks of life, but his care team’s commitment helped him overcome his early obstacles. In addition to around-the-clock care, Dobby received plasma from the Giraffe Plasma Bank, a program co-led by CMZoo and Columbus Zoo. Mashama and Msitu, two well-known giraffe at CMZoo, donate plasma to help struggling newborn calves, which is often what they need. Four years later, Dobby is thriving at Denver Zoo, and we can’t wait for BB to meet him.

BB is outgoing and energetic – but she’s also extremely intelligent. Her keepers at CMZoo have prepared her for this move, by building trusting relationships and following a customized training program that allows BB to make choices and receive positive reinforcement for participating in training. Building on her foundation of training, BB is preparing for her road trip up north.

“We’ve been introducing BB to new training opportunities, like walking through the trailer loading area by herself, stepping onto the loading ramp, and more,” said Bredahl. “We’ll pack the trailer with her favorite snacks, elm branches, and enriching activities for her short trip and when she’s settling into her new home in Denver.”

Visitors can see BB at CMZoo at least through the Fourth of July holiday weekend. Keep an eye on Denver Zoo’s social media channels for updates and information on when guests can see BB with her new herd, and help us wish BB bon voyage on her big adventure!