Every membership and every visit to the Zoo is conservation in action. Although Cheyenne Mountain Zoo members can’t visit right now, they’re actively participating in important efforts to help wild animals. 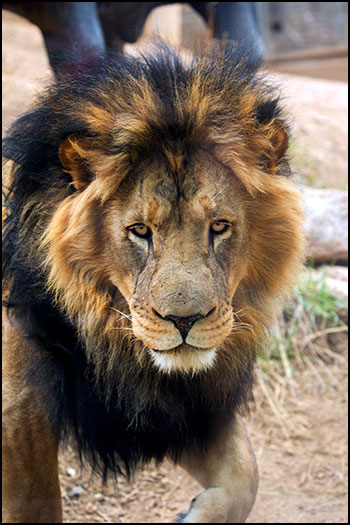 “Over the years, members have funded projects that support organizations working to save species on the brink of extinction in places like Ecuador, Kenya, South Africa, Southeast Asia, Australia and more,” said Dr. Liza Dadone, vice president of mission and programs at CMZoo. “These grants make a huge impact for the small-but-mighty organizations that are defending animals on the frontlines. Although the Zoo is temporarily closed until further notice, in an effort to help prevent the spread of COVID-19, this is one of the ways our conservation efforts are continuing, even during the closure.”

From the safety of their homes, members participated in the 2020 Member Conservation Vote through a private link distributed to members via email. The two projects with the most votes will receive the full funding they requested. The number of votes received for the remaining four projects will help CMZoo decide how to distribute the remaining funds.

In addition to being able to support smaller conservation projects around the world, the Member Conservation Vote also allows the Zoo to support immediate needs that might not fit into our annual Quarters for Conservation funding parameters. One such project is the Zoos Victoria Bushfire Emergency Wildlife Fund in Australia.

In February 2020, CMZoo members approved sending $20,000 to Zoos Victoria, in response to the devastating fires in Australia. The funds support long-term care for bushfire-impacted animals, including supplementary feeding and habitat restoration, in conjunction with the Australia Department of Environment, Land, Water and Planning, Parks Victoria, and associated recovery teams. Donations from Zoo employees, board members, docents and an internal Zoo donation matching program raised $6,900 in support of Zoos Victoria, making the collective donation $26,900.

The $20,000 donation came from the $75,000 allotted for membership conservation, leaving $55,000 for distribution among the projects nominated for the Member Conservation Vote.

This year, six projects were nominated in addition to the already approved Zoos Victoria support. Some projects, like building a wildlife corridor for lions, were brand-new. Others, like tracking mountain tapir, have received funding through this vote consistently for years.

“Considering everything going on in the world right now, it was especially important to us this year to engage our members in this vote and to remind them that they make a difference,” said Emma Repp-Maxwell, CMZoo membership manager. “We have been missing our members for more than a month, but we want them to know we’re grateful for their ongoing support, and that they’re still making a positive impact for wild animals through their memberships and through their participation in this vote.”

Drumroll, please. In order of member votes received, the 2020 projects receiving funding are:

This funding will help map developing pipelines and highways and plan animal corridors before construction begins. It will also support data analysis and stakeholder meetings to get the right organizations involved in animal protection at the right time. Longtime conservation partner, Ewaso Lions, is hoping to protect lions by establishing wildlife corridors in northern Kenya. As more highways, railways, cities and pipelines are built in the heart of lion country, they hope to create the partnerships and infrastructure necessary to protect the many species that share and roam these lands as human influence expands.

In a continued partnership with the Okapi Conservation Project, this grant will provide farmers with tools, seeds, natural fertilizers, and education in sustainable agriculture practices. In addition, funds would support reforestation in the region. Found in the Democratic Republic of Congo, the okapi is a mysterious member of the giraffe family that is threatened by poaching and slash-and-burn agriculture. This will empower local communities to produce food sustainably, safeguard water resources, and generate income while reducing economic dependence on mining and poaching, thus protecting okapi in the long run.

This grant will support the purchase of GPS tracking collars, camera traps and data loggers to better understand tree kangaroo behaviors, movements and habitat use. The Tree Kangaroo Conservation Program fosters wildlife and habitat conservation while supporting the livelihood of local communities in Papua New Guinea. Matschie’s tree kangaroos live high in the dense canopy of the cloud forests, hidden among thick moss that makes them very difficult to observe. The data collected through this observation project will be used to inform future habitat planning for tree kangaroo conservation.

This grant will contribute to funding the first banding of 75 East African crowned crane chicks and support data collection about their behaviors and migration patterns to help inform future conservation efforts for this species. Found in Kenya, the East African crowned crane has seen a dramatic decrease in population over the last four years. The International Crane Foundation, Endangered Wildlife Trust and Leiden Conservation Foundation are collaborating to learn more about this species in order to stabilize its population.

A continuation of past monitoring projects, these funds will support the GPS collaring of additional tapir in the wild and educational outreach for local schools. Found in Colombia, Ecuador, and the far north of Peru, only an estimated 2,500 mountain tapir remain in the wild. CMZoo is one of two zoos in North America that this species calls home. This project, based in Ecuador, has already yielded important data regarding the movement, behaviors and territory of this critically endangered species, which we hope will be used to protect its habitats.