The soft serenade of Wyoming toad mating calls will soon echo through the hallways of the Cheyenne Mountain Zoo conservation center, as Field Conservation Coordinator Jeff Baughman welcomes ten breeding pairs of critically endangered amphibians back from 38 days of hibernation. 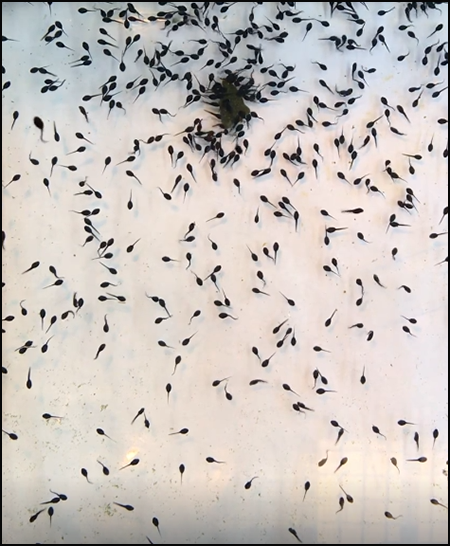 “It’s a busy time of year for us,” said Baughman, who has been intimately involved in Wyoming toad recovery at CMZoo since 2008. “The next several weeks are really crucial as we help bring this species back from the brink of extinction. Our adult toads are waking up from hibernation and moving into their breeding suites. Soon, we’ll have our hands full, welcoming thousands of their babies into our care.”

It may sound dramatic, but we believe it is. Wyoming toads are listed as “EW” or “Extinct in the Wild,” on the International Union for the Conservation of Nature (IUCN) Red List of Threatened Species.

Why give a hop? Toads are worth saving. They play a vital role at the center of the prairie environment, as the best bug control available and as sustenance for migrating birds and native mammals in search of food. If the toads don’t survive, the whole ecosystem suffers. They’re also what’s known as an indicator species, meaning they indicate the overall health of their ecosystem – and it’s in desperate need of attention.

Amphibians worldwide are facing mass extinction due to a pandemic known as the Chytrid fungus. Chytrid fungus causes a skin infection that hinders amphibians’ ability to breathe and absorb water. This often leads to organ failure and death. But, thanks to zoos like CMZoo, these hoppers stand a chance.

Over its 26-year commitment to the cause, CMZoo’s conservation team has released more than 41,629 tadpoles and nearly 1,444 toads into the wild. Next week, 66 more one-year-old toads will take their first hops into the wild to join them in the Laramie Basin of Wyoming.

Although the releases happen each June, the team works year-round to prepare for the toads’ and tadpoles’ hopeful sendoff. The yearly process begins by simulating hibernation for the toads. They’re placed in moss-lined containers inside a hibernaculum, which reduces their temperature slowly over a few days to 38 degrees Fahrenheit. The toads, very much alive, stay at that temperature for 35 days, receiving periodic checks from the conservation team who mist and monitor the sleeping beauties.

Over the last few days of their low-temp slumber party, the hibernaculum’s temperature is slowly raised back to around 70 degrees Fahrenheit, and they start to wake up. The cycle triggers their instinct to breed, as they would in the wild after winter, and that’s when the magic happens.

“We bring them out of the hibernaculum and place genetically desirable breeding pairs into tanks,” said Baughman. “We also play audio tracks from the Laramie Basin, which include Wyoming toad breeding calls, so the environment is just right. It only takes about a week for fertilized eggs to develop into tadpoles.”

The team will release thousands of those tadpoles into ponds and streams in Wyoming at the end of June. Some of the tadpoles hatched this year will stay at the Zoo, under the care of the conservation team, to grow into yearling toads before being released the following summer. The tadpoles held back get a yearlong head start at the Zoo, hence the term ‘headstart toads.’ New this year, others will be held back for two years to see if wild reproduction increases with more sexually mature toads being released. Clean Chytrid-free water, climate controls and plenty of yummy meals of crickets and cockroaches give them all a better chance at surviving in the wild. Not to mention, they won’t be on the menu themselves. Most importantly, it means there are more toads ready to breed in the wild because they will have survived and reached reproductive maturity at two years old. 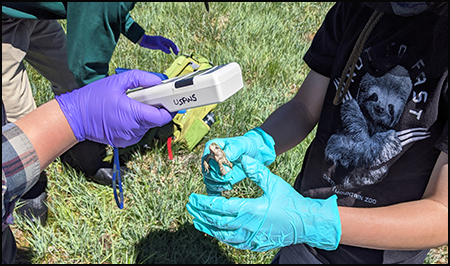 When they’re about eight months old, each toad is microchipped, so when the team goes back to the release location, they can track survivorship or prevalence of the Chytrid fungus. The microchips also help the team identify and monitor individuals during their stay at CMZoo.

Amphibian allies don’t need a hibernaculum or a fresh supply of crickets to help these little guys. Disinfecting outdoor recreation gear used in and near water can stop the spread of the deadly Chytrid fungus. Leaving your fishing or kayaking gear in a hot car or the sun to dry it out for 3 hours, will kill the fungus and prevent water enthusiasts from accidentally transferring it to another body of water.

“Recovering a species definitely takes time,” said Baughman. “But we’ve seen some promising signs that the toads are starting to bounce back – or hop back – in the wild. During field surveys, we’ve seen wild egg strands, which means toads or tadpoles that have been released, or the offspring of released toads, are starting to do the work for us. As a conservationist, there’s nothing you want more than to be out of work.”

This year, Baughman and his team are taking CMZoo followers on a wild real-time adventure, following a group of tadpoles throughout their year of development in the CMZoo conservation center. We’ll share the successes and the struggles these tiny creatures face, even in the safety of their nursery under the care of our team.

“We have a pretty good record of raising tadpoles to adulthood, but they really struggle in the wild,” said Baughman. “In the wild, only about four of every thousand tadpoles makes it to maturity, and that’s on a good year. On a bad year, only about two survive to breeding age, on average.”

Starting in early June, tune into CMZoo’s social channels, on Facebook, Instagram and YouTube, to get closer than ever to ten little tadpoles. Watch in awe as eggs turn into tadpoles. Be mesmerized by metamorphosis, as they grow legs and absorb their tails, earning the title of toadlet. Root for them as they learn to hunt and grow into dime-sized defenders of their species. Then, follow along as they go through the year-long preparation for their eventual wild release in June 2023. We’ll keep you posted.