An important conservation effort to save crowned cranes in East Africa is making progress, thanks to the support of Cheyenne Mountain Zoo members. The East African crowned crane has seen a dramatic decrease in population, losing 4,500 individuals over the last four years. If the decline continues at this pace, East African crowned cranes could be extinct in the next decade. The International Crane Foundation (ICF), Endangered Wildlife Trust and Leiden Conservation Foundation, with the support of CMZoo, are collaborating to learn more about this species. 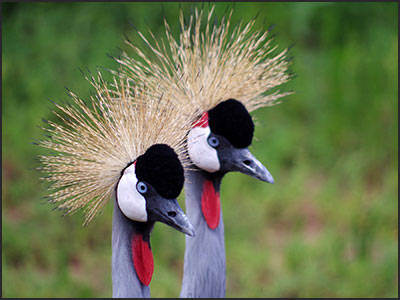 Earlier this year, CMZoo members voted to send $11,000 to fund the banding of young cranes. The project is championed at the Zoo by Philip Waugh, lead keeper in Water’s Edge: Africa and longtime keeper in African Rift Valley, where he worked closely with CMZoo’s two East African crowned cranes, Inzi and Tagi.

Waugh went to ICF in Wisconsin to research this project and to learn how we could best support cranes. He was so inspired by their work that he built a proposal and submitted it for the 2020 Member Conservation Vote.

“They’ve been wanting to start this fieldwork for more than a decade, so when they learned our members could potentially support it, they were excited and so were we,” said Waugh. “It’s inspiring to see how they have prioritized this project. It goes to show that just by being a member at CMZoo, you can make big impacts for conservation around the world. Our members have allowed an organization with a presence on multiple continents to focus a lot of energy on this one project.”

East African crowned cranes, sometimes called grey crowned cranes, are found in many countries in Africa. In each native country, there can be varying causes for their decline, including unhealthy waterways, injuries from power lines, habitat loss from agricultural expansion, harvesting of chicks and eggs, and more. 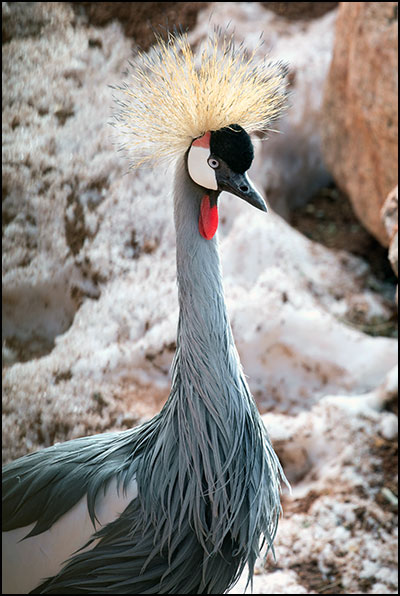 One obstacle in the way of helping cranes is how little is known about the species. Through this banding project, we will learn a lot about which waterways the cranes depend on, how many offspring each crane typically contributes to a population, which trees they prefer to roost in, what types of diet and nesting material they require and their migration patterns.

“We don’t know if it’s a diminishing resource issue, human conflict, pollution, or a combination of those,” said Waugh. “This study will help us discover how we can help them before it’s too late.”

During field work, conservationists place colored bands on the chicks’ legs while they’re still in the nest. The color-coded bands allow monitors to identify the chicks’ individual identities, their country of origin and where they were banded. Since beginning field work in June 2020, ICF and Endangered Wildlife Trust have banded 48 chicks. The team is also monitoring 16 nests, most of which have incubating eggs.

In their recent report, ICF, in partnership with Endangered Wildlife Trust, said they have been encouraged by local community support of the banding project. Community members have been helping conservationists by reporting sightings of the birds. They attribute this positive community response to increased community engagement.

“Through the generous support of Cheyenne Mountain Zoo, we have, for the first time in our more than twenty-year project, been able to color-band grey crowned cranes in East Africa, the species’ stronghold,” said Dr. Joseph Mwangi, Kenya country coordinator of the African Crane Conservation Program. “This is a critical step to better understanding movement and dispersal of grey crowned cranes for effective conservation of the species and its habitat.”

We will keep you updated as this exciting project continues.