Animals age in many different ways. Some get to their golden years sooner than you might think, while others take a surprisingly long time to achieve that status. The Loft and My Big Backyard, at Cheyenne Mountain Zoo, are home to a few furry (and scaly!) friends that have recently entered the golden years of life.

Striped skunk brothers, Fred and George, recently turned seven years old! That might not sound like an old age, but skunks in the wild live three-to-five years, on average. In human care, a 10-year-old skunk would be very old. Fred and George are still as mischievous as ever, but we have noticed that they have started to slow down a bit and prefer to spend more time napping than running around. 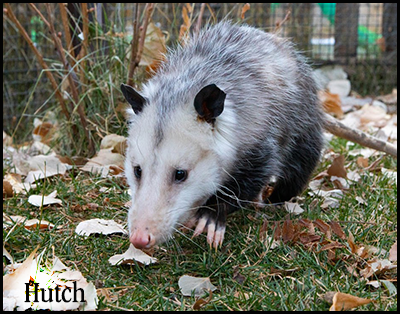 Virginia opossum, Hutch, is three years old, but in opossum terms he has reached the geriatric stage. Opossums tend to live three-to-four years in human care, and two-to-three years in the wild. You might see Hutch frequently sleeping while on exhibit, and this is because opossums are nocturnal and are more active at night. For now, Hutch is still participating in lots of training, encounters, and going for walkabouts around the Zoo. Though we know he’s starting to age, and keepers are monitoring him accordingly, he is still showing his care team he’s enriched and comfortable. 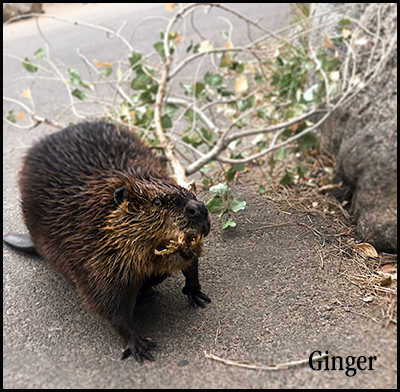 American beaver, Ginger, just celebrated her twelfth birthday!! This means she is a little over a year older than the median life expectancy for beavers. Ginger is also nocturnal and spends most of her day napping, but she usually wakes up in the late afternoon for a swim, some snacks and the occasional walkabout. She has some arthritis, which gives her a little wobble in her walk, but we monitor her closely and give her regular medicine and treatments to help her deal with her aches and pains. 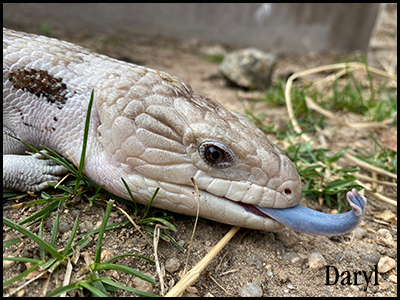 Blue-tongued skink, Daryl, is 22 years old. Many blue-tongued skinks live into their twenties in human care, so Daryl has officially entered his golden years. Skinks are easy to recognize with long, wide bodies, and short stubby legs. Due to this body type, they are not particularly fast animals, and Darryl is no exception to that. He often spends his days napping and waking up to grab a couple bites of food, before enjoying another nap. Daryl receives nutritional supplements in his diet, but hasn’t shown keepers he needs additional medications or treatments at this point.

All of these animals are part of CMZoo’s animal ambassador team, which means they go on ZOOMobile programs, do meet-and-greets, and participate in special hands-on encounters for many different education programs, at the Zoo and off-site.

As they get older, they may start to show signs that they are no longer interested in these programs. Their keepers track their behaviors and any physical signs of discomfort, and when that data reveals trends that need to be addressed, their roles may change. They also receive medications, like anti-inflammatory and pain medications, when needed, and treatments like laser therapy, which helps them have a good quality of life, despite aging joints and other age-related ailments. When their care team sees that they’re ready to retire from programming, their schedules focus more on enrichment and care at the Zoo.

You can visit our ‘golden gang’ in The Loft and My Big Backyard at Cheyenne Mountain Zoo, where they’ll continue training, receiving care, and getting all the naps, snacks and scratches from keepers they want.