It’s easy to see why the black-footed ferret (BFF) is considered the ambassador of the prairie ecosystem. With its black-and-white bandit-esque markings, small stature and curious demeanor, many consider this species adorable. That’s true; but they’re also highly trained hunters with a big job: restoring balance in their ecosystem while helping their own species recover from near extinction. Luckily, the ‘Ghosts of the Prairie’ have some help.

During the western frontier exploration in the early 1900s, cargo ships from Europe and Asia inadvertently brought sylvatic plague to North America. The spread of this disease, combined with poisoning and eradication programs led by newly settled farmers and ranchers, who saw prairie dogs as pests, drastically reduced the prairie dog population. Because prairie dogs are black-footed ferrets’ main food source, the BFFs’ population declined dramatically. By the 1980s, black-footed ferrets were thought to be extinct.

Sept. 26, 2021, marked the 40-year anniversary of the rediscovery of this spunky species. On that day in 1981, a ranch dog named Shep caught a black-footed ferret. Shep’s catch led to the discovery of a small population of BFFs in Meeteetse, Wyoming. Since then, zoos, U.S. Fish and Wildlife and other organizations have banded together to breed, prepare, release and monitor black-footed ferrets to increase the population. Numbers fluctuate, but recent reports estimate 350 BFFs are thriving in the wild, thanks to this program.

This year, the CMZoo conservation team welcomed 15 healthy BFF kits, six of which will be released into the wild in the coming months. Since 1991, when CMZoo established its breed-and-release black-footed ferret program, the team has bred 585 BFF kits.

“It’s really amazing to be part of a conservation program that impacts a native local species,” said Jeff Baughman, CMZoo conservation coordinator. “Each breeding season, we learn more about their species and use what we’ve learned to benefit them in the wild. This year, we focused on developing their hunting and defense skills by providing new enrichment and feeding opportunities.”

Since the BFFs are intentionally kept away from guests and the keepers who care for them to preserve their wild instincts, their enrichment looks different than most animals at CMZoo. 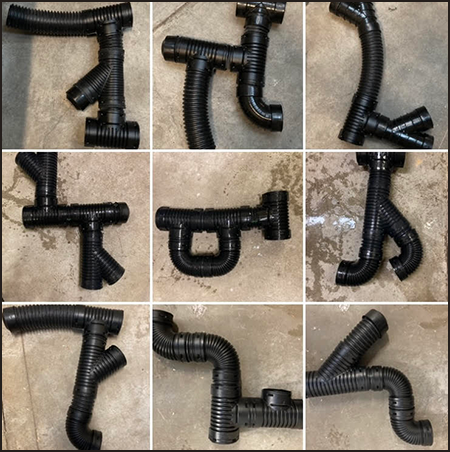 “We built new tunnel systems for them to navigate, which we hope will better prepare them for their underground lives in the wild,” said Baughman. “They’re nocturnal and spend most of their time hunting prairie dogs, which are about three times the size of black-footed ferrets. We want them to be agile, curious, confident and creative individuals as they explore prairie dog tunnels in the wild.”

BFF ‘boot camp’ is the next step for the six born-to-be-wild CMZoo ferrets. Boot camp puts their survival skills to the test in a contained prairie setting. Biologists monitor the BFFs during boot camp, and if they see any individuals are struggling to hunt, find shelter, or defend themselves, they’ll be returned to human care. Those who prove they can live wild will be released into the prairie beyond the contained boot camp setting.

Although guests can’t visit our breeding BFFs or their kits, they can visit Yippee, a black-footed ferret ambassador who lives in The Loft at CMZoo.

Every visit to CMZoo is conservation in action. Through CMZoo’s Quarters for Conservation program, by which 75¢ of every admission is dedicated to frontline conservation efforts like this, guests can enjoy a day on the mountain with their favorite animals and support important programs dedicated to saving wildlife and wild places. Since 2008, when Q4C started, CMZoo’s guests and members have contributed $3.4 million to conservation projects worldwide.