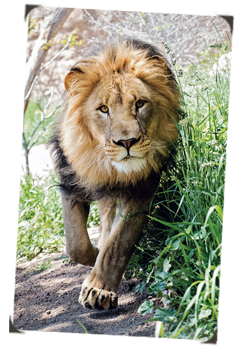 Since 2015, the Cheyenne Mountain Zoo Member Conservation Grants has provided $300,000 of membership revenue to support field conservation worldwide. Last year, members voted to fund projects from Central Asia to right here in Colorado. Once again, it is time for members to help CMZoo decide which staff-championed conservation projects will receive full funding.

It also allows the Zoo to support immediate needs that might not fit into our annual Quarters for Conservation donations. One such member-elected conservation effort was providing emergency care for radiated tortoises that had been confiscated from the pet trade in Madagascar. The emergency pangolin project up for vote this year is another example.

A team of CMZoo employees forms the committee that spends months reviewing the staff-nominated conservation projects to select proposals with the greatest potential impact. The committee narrows the number of applicants down to a small group for the member vote. This year, there are eight projects for members to consider.

“It’s an amazing opportunity for members to make a direct positive impact in the wild because they get to vote on which grants get fully funded,” said Emma Repp-Maxwell, CMZoo membership manager. “It’s also a way for our staff to get support for conservation projects in our back yard and around the world.”

The three projects that receive the most votes will be fully funded. CMZoo will determine how to distribute the remainder of the annual $75,000 Member Conservation Grants among the remaining five projects. 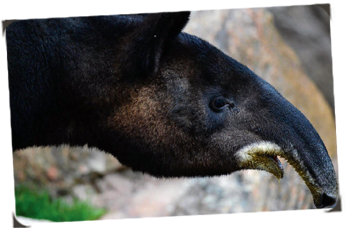 “Our Zoo members are directly helping wildlife and make these conservation grants possible,” said Repp-Maxwell. “Every vote for these grants and every visit is directly helping our Zoo help wildlife.”

Learn about the individual staff-championed projects up for members’ consideration below, and click here to find out about becoming a Cheyenne Mountain Zoo member.

African Lions – $3,000
A continued partnership, the Ewaso ‘Lion Kids Camp’ educates Kenyan children of pastoral families in ways to avoid lion predation of their livestock. Without the help of local communities, African lions could be extinct in the wild within 20 years. This funding would help support a youth camp designed to connect these children to the local wildlife and nature, encouraging them to protect and champion big cats.

Project Anoulak (white-cheeked gibbon, Asian otter, saola, etc.) – $11,250
Based in the Annamite Mountains of Laos, Project Anoulak works to conserve and study wildlife in the Nakai-Nam Theun National Protected Area. One of the most important and biodiverse forests left in the region, it is threatened by unsustainable harvesting and farming practices, as well as illegal poaching. This funding will purchase the equipment needed to continue their critical conservation monitoring and research.

Golden Lion Tamarin – $16,466
Urban expansion in their native Brazil has reduced golden lion tamarin habitat by 98 percent. While re-introduction programs have been successful, the survival of this species will rely on habitat restoration, protection and expansion. Through a local partner, these funds will support the planting and care of two acres of forest for three years. By connecting fragmented forests in protected areas and working with local communities, golden lion tamarins’ population and habitat will continue to grow and succeed.

Mountain Tapir – $26,566
Found in Columbia, Ecuador and the far north of Peru, only 2,000 mountain tapirs remain in the wild. CMZoo is one of two zoos in North America that this species calls home. A continuation of past monitoring projects, these funds would support the radio collaring of five additional tapirs in the wild. This project, based in Ecuador, has already yielded important information regarding the movement, behaviors and territory of this critically endangered species. That data is vital in proving which areas of wilderness need protection if this species is to survive.

Saola Working Group – $5,000
Found in the Annamite Mountains of Laos and Vietnam, the saola, nicknamed the ‘Asian unicorn,’ is one of the rarest large animals on earth. Scientifically discovered in 1992, their main threat is not deforestation, but commercial poaching and snare hunting. Because not much is known about this elusive species, this funding will purchase 25 camera traps to continue to monitor and research the forests they call home.

Pollinator Garden for Local Schools – $9,000
Pollinators, like butterflies, birds and bees, are incredibly important to a healthy habitat and help fertilize many of the plants, fruits and vegetables we enjoy. For the second year in a row, Cheyenne Mountain Zoo will provide pollinator grants to three local elementary schools for $3,000 each. This program will help teach students the importance of protecting pollinators by building a garden they nurture and grow.

Pangolins – $5,000
Found in Africa and Asia, pangolins are the most trafficked animals in the world. Because they are also threatened by deforestation, all eight species of the pangolin are considered threatened with extinction (two of which are critically endangered). Save Vietnam’s Wildlife focuses on the recovery and release of native species confiscated in the illegal wildlife trade. They are seeking emergency funding to assist in the care of 168 recently confiscated pangolins, the largest group confiscated to date. These funds would help provide veterinary care until they are re-released.

Okapi – $6,000
Found in the heart of the Democratic Republic of Congo, and one of the most biologically diverse areas in all of Africa, okapis have only been known to science since 1901. Threatened by habitat destruction, mining, poaching and civil unrest, there may be as few as 10,000 left in the wild. Through the Okapi Conservation Project, this funding would support a community outreach program for World Okapi Day to promote local education and co-existence between okapis, their habitat and local villages. This projected is co-supported by four other zoos.