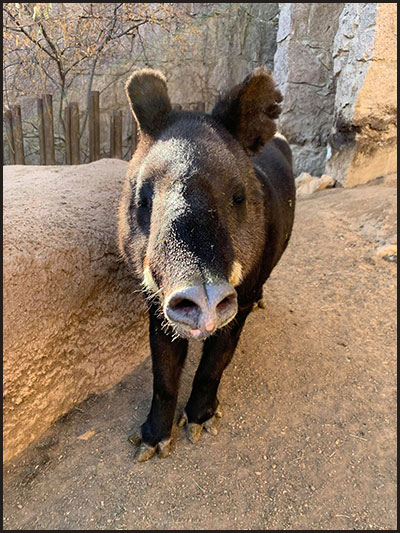 When something or someone so unique is part of your everyday life, it could be easy to lose sight of how lucky you are to know them. Yesterday, Cheyenne Mountain Zoo lost an incredibly rare and special individual named Carlotta, a 27-year-old mountain tapir.

“Carlotta’s passing made me stop and think about how lucky we were to know her,” said Bob Chastain, CMZoo president and CEO. “It’s not only because she was a wonderful ambassador for her species in the wild, but because her species is so rarely seen at any zoo in the world.”

Carlotta was one of only seven mountain tapir in the U.S., housed at just two zoos. Cofan, a 17-year-old male mountain tapir who lives at CMZoo, is now one of the remaining six in human care. The other five live at Los Angeles Zoo. 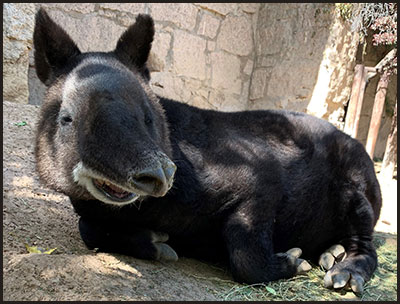 “Losing her made me think of the many unique individuals in our care, and how it’s our honor and responsibility to help people learn about them,” said Chastain. “I try to convey how lucky we are to give our community the chance to meet Amur leopards, an Eastern black rhino or a black-footed ferret. These animals are endangered in the wild and in human care, it’s a rare opportunity for our community to be able to experience them all in one place.”

Cheyenne Mountain Zoo believes that we can save wildlife and wild places by connecting guests and animals, which may inspire them to take action to protect them.

Of 241 organizations accredited by the Association of Zoos and Aquariums (AZA), only 32 have homes for Amur leopards. Only 24 are home to Eastern black rhinos, and only six facilities in the U.S. house black-footed ferrets. Hippos can be seen at only 31. Asiatic black bears are only visible in five, and Pallas’ cats are in just 16. All of these rare animals have homes at Cheyenne Mountain Zoo, where guests can see them and fall in love. 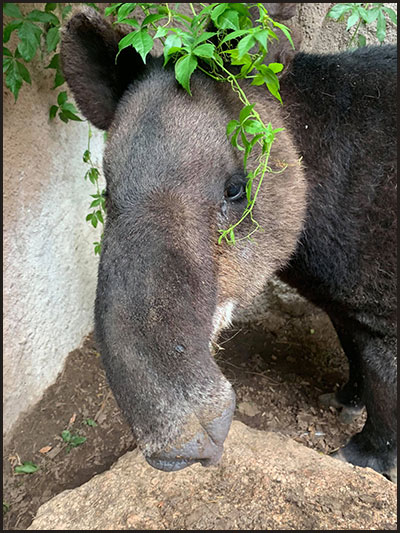 “Most people had never heard of a mountain tapir before coming to Cheyenne Mountain Zoo,” said Michelle Salido, lead tapir keeper. “Once they met Carlotta, they fell in love with her and her species. She was sweet and gentle. She loved to get chin scratches from guests. I love knowing that we helped thousands of people connect with an animal that’s critically endangered in the wild and extremely rare in zoos.”Carlotta-farewellTapir-4.jpg 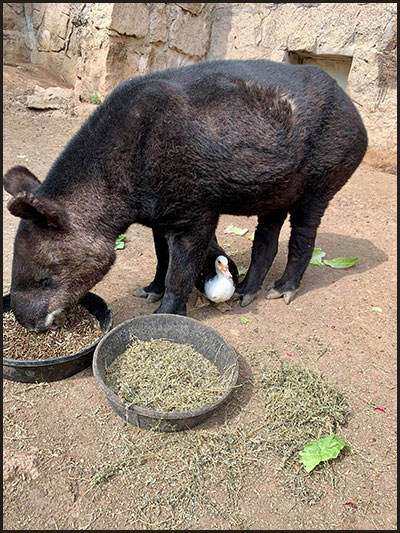 In the wild, there are fewer than 2,500 adult mountain tapir remaining in their native Andes Mountains in South America. CMZoo members – many of whom have met Carlotta and Cofan at World Tapir Day celebrations at the Zoo – sent Salido and a team of CMZoo conservationists to track wild mountain tapir in Ecuador to learn more about them. Carlotta, through voluntary blood draw training, also contributed to the care of all mountain tapir in human care, by allowing her team to study her. She also helped to test-fit early prototypes of GPS collars, which were later used to learn about free-ranging wild tapir. Her favorite reward for participating in husbandry behaviors was a belly scratch.

“When we would scratch her belly, she would extend her legs and we knew that meant she’d like an armpit scratch, too,” said Salido. “Of course, we were happy to do that.”