We often tell stories about animals who have been brought together on breeding recommendations, like CMZoo North American porcupines, Kale and Quilliam, or Mexican wolves, Luna and Navarro. With the annual celebration of love just around the corner, we’re taking a closer look at how animal matches are made and how zoos work together to help species survive, long before the howdies begin.

“In a nutshell, Species Survival Plans support healthy genetics in animals in human care,” said Ashley Arimborgo, CMZoo registrar, who often oversees the coordination between Zoos that are transferring animals on breeding recommendations to and from Cheyenne Mountain Zoo. “Species Survival Plans contribute to the success of an assurance population of animal ambassadors that advocate for their wild relatives, and inspire people to support important conservation efforts.” 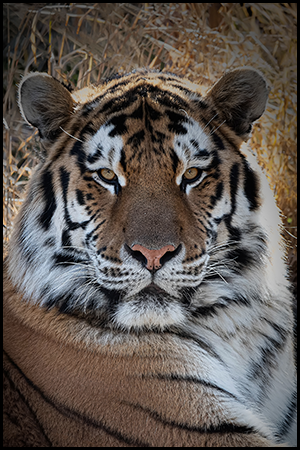 The Association of Zoos and Aquariums (AZA) is the standard-setting accreditation organization for zoos and aquariums in the U.S. The AZA champions Species Survival Plans (SSP) managed by SSP coordinators. SSP coordinators are professional volunteers who often work at AZA-accredited organizations, but don’t work for the AZA.

SSP coordinators work with Taxon Advisory Groups (TAG) which track five-year population projections for their respective species, including population trends for animals in human care and in the wild. Also instrumental in the matchmaking process are studbook keepers. They track the genetic data of each animal in human care (at organizations participating in SSPs) and bridge gaps in documentation. That data is collected and presented in graph form, with the most unrelated animals of the same species being the most valuable potential matches.

“It’s a pretty complicated process, but the matches are largely data-driven and based on genetics, health and age,” said Arimborgo.

Every two or three years, SSPs release species-specific breeding and transfer draft plans. Organizations that have animals impacted by the plan – known as holding institutions – provide input including whether or not the organization would like to transfer an animal or host animals to breed. Then, the plan is finalized and published to the participating organizations. Holding institutions work together to arrange animal transportation.

“It’s not unusual to see a big shuffle in a single species among participating organizations when a new plan is released,” said Arimborgo. “We saw that in the fall with Amur tigers because of new recommendations. Thimbu went to Rosamond Gifford Zoo on a breeding recommendation, and Savelii came to us on a match with Chewy.”

The SSP also tracks trends and genetics to address future potential pitfalls to a species’ survival. They may find one species has an abundance of older females and younger males, which could determine urgency of breeding or breeding prevention.

The team also works together to track available housing for future populations. If one species grows quickly, organizations participating in the SSP may run out of room to house additional individuals.

One example of that is the Mexican wolf. In the last two years, Luna and Navarro, CMZoo Mexican wolves who were introduced on an SSP breeding recommendation, welcomed six pups to their pack. One pup, Lupa, moved to an organization in Arizona in November 2018. The remaining seven Mexican wolves have brought CMZoo’s wolf habitat to its maximum capacity. Since other participating organizations don’t have room for more wolves either, the male and female wolves will live in separate areas during breeding season this year.

Beyond that, it’s up to each individual zoo to manage introductions and breeding interactions.

“The SSP breeding recommendations don’t typically take an animal’s individual personality or preferences into account.” said Arimborgo. “The keepers and management staff factor in individual histories as well as behaviors when introductions start taking place. Through careful observations and training, trust can be built and the stage can be set for the animals to be most successful. ”