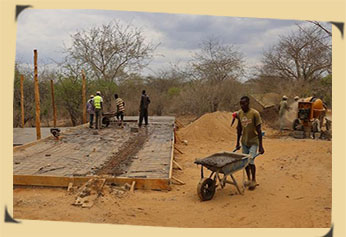 The Tsavo Trust, which works to protect elephants and rhinos in Africa from illegal poaching, is gaining more ground, thanks to the continued support of Cheyenne Mountain Zoo guests. This year, donations are supporting the Trust’s long-term viability through infrastructure development, in addition to ongoing support for aerial surveys. Two $18,333 donations for infrastructure have already been sent this year, along with an initial $25,000 donation to support aerial surveys at the beginning of the year. A third $18,333 will follow in the near future to complete our total pledge toward infrastructure of $55,000. These donations were made possible through the Zoo’s Quarters for Conservation (Q4C) program and our popular Elephant and Rhino Snack Times.

Tsavo Trust is a field-based non-profit organization in Africa that uses aerial surveillance and on-the-ground field efforts to protect wildlife in Tsavo National Park, the largest national park in Kenya. The organization was founded, in part, to help protect the last of the big “tuskers,” which are likely the last viable genetic pool of African elephants with tusks larger than 100 pounds each. The park is also home to a number of black rhino sanctuaries established by the Kenya Wildlife Service (KSW) and supported by the Zoological Society of London. The black rhino is critically endangered, due primarily to illegal poaching for their horns.

Following a visit to Tsavo National Park by CMZoo President Bob Chastain in May this year, it was apparent that the Trust had grown enough to warrant more infrastructure support, by way of assistance for staff housing. Currently, Tsavo Trust’s founder and CEO, Richard Muller, provides all administrative oversight with the help of an off-site, part-time development officer.

“To paint a picture, their house is not like our houses. He and his family live fairly remotely – about an hour from the nearest town,” Chastain explained. “Their beautiful living room has no walls, just a roof, and they rely on solar power to heat water. Their family’s bedrooms have normal walls, but this is to protect them from leopards and lions roaming in the area at night. Last year, a member of their team was seriously injured around camp by a water buffalo. 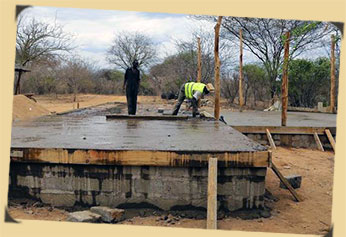 “I observed that Richard works long days, doing field work during the day and working on reports at night,” Chastain said. “It seemed the best way we could help Tsavo Trust at this time was to help them grow their infrastructure.”

The goal is to build two permanent facilities – a house for the pilot, and a house for a future assistant to Richard. To date, Cheyenne Mountain Zoo’s donations have helped complete the pilot’s house and laid the foundation for an assistant’s house. Made primarily from concrete with wood supports, the houses are simple, but special, and only cost about $35,000 to build. The Zoo’s donations are sent when specific milestones in the construction project are met. 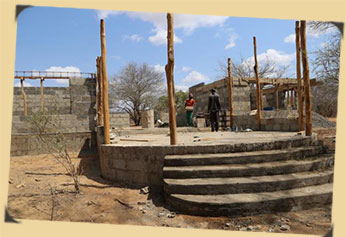 The Tsavo Trust conducts on average about 4,400 miles of aerial surveillance each month. The Tsavo East and West National Parks cover approximately 16,000 square miles, so the surveillance is a critical method of stemming illegal poaching activity. Dividing the park is a highway, and train tracks also cross it (the rail line is depicted in the movie Heart of Darkness), both of which provide additional hazards for animals.

During his visit, Chastain was able to fly with the pilot and observe some of the terrain covered by surveillance. Typically a Kenya Wildlife Service officer flies with the pilot, a partnership that has yielded positive results. The Trust’s joint efforts with KWS has resulted in numerous poaching arrests, the disbandment of poacher camps, the recovery of elephant tusks and confiscation of over a thousand wire snares. 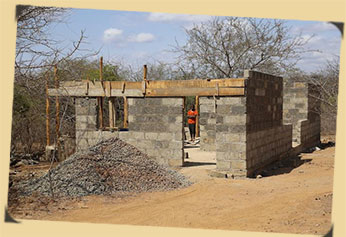 These partnerships are critical in providing local support for the work of the Tsavo Trust. Another way the Trust builds local support is through its work with the Kamungi Conservancy to implement problem-solving strategies for local people. Part of the land surrounding the park is designated as conservation easement and is farmed by locals. The recent Kamungi Water Project provided a 2.4-kilometer water delivery pipe line to a local village. As human/animal conflicts arise, it’s important they are resolved humanely whenever possible. For example, elephants sometimes raid the farmers’ fields and are shot in retaliation. One method of easing this conflict has been the establishment of bee hives and hotwire fencing along the perimeter of three local community farms as part of the Human Elephant Conflict (HEC)-Elephant & Bees Project. This solution incorporated the use of a natural deterrent (bees) and resulted in income for the farmers through the sale of honey.

By continuing to focus on solutions that work, the Tsavo Trust is able to make headway in its efforts to reduce the illegal poaching of critically endangered giant tusker elephants and black rhinos, as well as other threatened species in Tsavo Park.