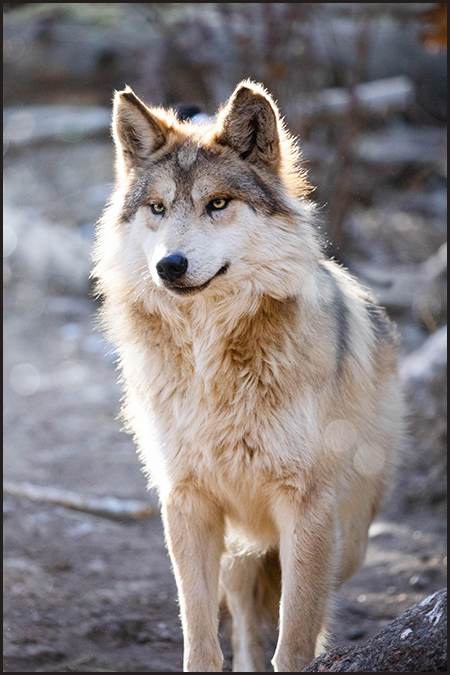 Cheyenne Mountain Zoo will soon bid bon voyage to Bluestem, a three-year-old female Mexican wolf. In the coming months, she will leave her home in Rocky Mountain Wild for a Mexican Wolf Species Survival Plan (SSP) breeding recommendation at a facility in Mexico.

CMZoo’s seven Mexican wolves serve their species as ambassadors for wild wolves, and the pack matriarch, Luna, and patriarch, Navarro, have contributed six offspring to this important population in human care.

Wolf Woods, at CMZoo, was designed to preserve the wolves’ wild instincts as much as possible because they or their offspring could one day be released into the wild to support those populations. According to the Arizona Fish and Game Department, there are only about 186 Mexican wolves in the wild, but their population is growing. Bluestem’s move to start her own pack in human care could increase the chances of more CMZoo Mexican wolf descendants joining wild populations.

In 2002, a Mexican wolf born at CMZoo, named Estrella, and her pack made their way into the wild from a pre-release pen in Arizona, as part of a Mexican wolf reintroduction program. She created a prolific legacy of offspring. Her offspring lead four wild packs and she lived to be a grandmother. She was once the oldest-known wild Mexican wolf. Estrella’s group was named the Bluestem pack, which is where Bluestem got her name.

“True to her namesake, Bluestem is a natural leader and a confident participant in her pack,” said Kristen Cox, Rocky Mountain Wild wolf keeper. “In the wild, some wolves leave their packs to start their own families or join other packs, and I can totally see Bluestem doing that. I have complete confidence in her as she takes on this new adventure.”

We participate in multiple SSPs which sometimes require saying goodbye to an animal for the good of its species. But, moving internationally doesn’t happen every day. Making CMZoo news is nothing new for Bluestem, though. She was part of Luna’s and Navarro’s first litter of pups, born in May 2018. 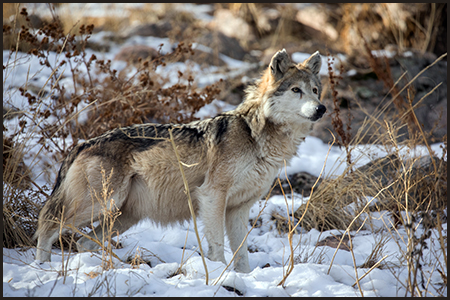 “Bluestem and her siblings were the first wolf pups born at CMZoo in 20 years,” said Rebecca Zwicker, Rocky Mountain Wild animal care manager. “She and her pack have helped thousands of people learn about and fall in love with wolves. Now, she gets an opportunity to contribute to her species’ growth at another facility, and we are so excited for her.”

When Bluestem’s two-year-old sister, Uno, was born in May 2019, she and her female siblings were quite curious. They went into the den when Luna went into labor with Uno, and she allowed them to see what was happening. When Uno was a few weeks old, Luna let them into the den again and they would observe her. Those experiences have helped prepare Bluestem as she potentially becomes a mother to her own pups in the future.

“Usually, when our animals make moves like this, we say we’re ‘cautiously optimistic,’” said Cox. “This time, I’m just optimistic. Of course, I’ll miss her, but somehow I just know she’s going to do well. I can’t wait to hear how she embraces her role as leader of her own pack.”