Cheyenne Mountain Zoo’s conservation partners are still hard at work on the front lines, despite the pandemic that has slowed much of the world. The Zoo and our supporters continue to send funding to important efforts around the world, including Operation Twiga, a giraffe conservation project in Uganda, and Tsavo Trust, an elephant and rhino conservation organization in Kenya. 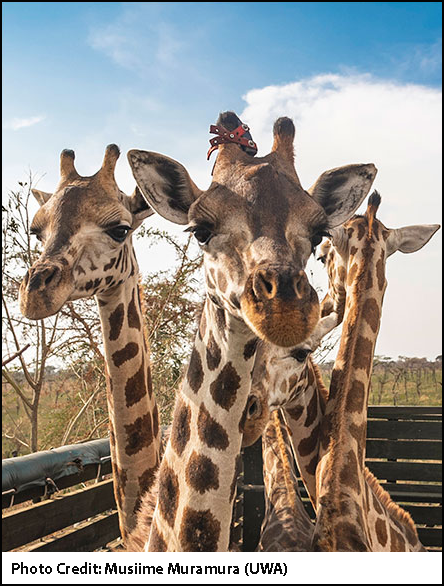 Thanks to CMZoo’s Quarters for Conservation program, whereby 75¢ from every admission to the Zoo is contributed to conservation, our guests are once again making an impact for wildlife and wild places. Although COVID-19 prevented CMZoo staff from attending the Operation Twiga V translocation, as they have in previous years, teams on the ground in Uganda continued this important work, with Operation Twiga V – the sixth giraffe conservation translocation.

Operation Twiga V (2020) was a continuation of Operation Twiga IV (2019). Both translocations contributed to populations in Pian Upe Wildlife Reserve, an historic habitat in Uganda where giraffe hadn’t existed for more than 20 years.

“We’re so grateful for our guests’ continued support of the Zoo, which allows us to continue supporting these important conservation efforts,” said Dr. Liza Dadone, vice president of mission and programs at CMZoo. “Last year, CMZoo assisted on-site with Operation Twiga IV, in Uganda, but because of COVID-19, we couldn’t attend this time. That’s another reason why it’s so valuable to continue partnering with front line organizations. They can keep the work going, and we can keep supporting them while we can’t be there with them.” 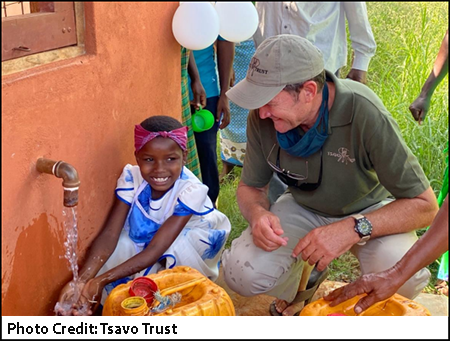 The organization was founded to help protect the last of the “big tuskers,” which are likely the last viable genetic pool of African elephants with tusks weighing more than 100 pounds each. The park is also home to a number of black rhino sanctuaries established by the Kenya Wildlife Service (KSW) and supported by the Zoological Society of London. The black rhino is critically endangered, due primarily to illegal poaching for their horns.

In partnership with the Kratt Family Foundation, CMZoo and its guests funded two clean water stations, known as boreholes, in communities near Tsavo National Park. The effort is a project under Tsavo Trust’s Community Conservancy Program. The program aims to improve local wildlife relations with local community members, by creating secure buffers bordering protected areas of Tsavo National Park. Tsave Trust also reaches out to nearby communities who have, “faced serious hardships, such as lack of water, food insecurity, and constant human-wildlife conflicts, resulting in a negative perception towards wildlife,” according to Tsavo Trust’s most recent conservation update to CMZoo.

The availability of clean drinking water improves the quality of life for members of these important nearby communities, and helps foster goodwill between Tsavo Trust and their neighbors, who can help save wildlife. Tsavo Trust representatives say the community members have been made aware that “the water has come from the elephants.”

Since 2008, CMZoo’s Quarters for Conservation program has helped guests send more than $3 million to conservation efforts around the world, and right here in Colorado. Every visit to CMZoo is conservation is action.